Weekends are wonderful for many things, one of which (and probably best of which) is watching period dramas. And I watched two. In one day. Which makes me a bit ashamed of myself, of course, but it doesn't mean I didn't enjoy it.
Plus it's educational, right? Especially considering the two movies I saw were Belle and Amazing Grace, I learned much about the slave trade in England, (not to mention beautiful Georgian-style gowns and fashions, but this is beside the point.)

So, anyway, through some clever sleuthing, I found the full movies of both Amazing Grace and Belle on youtube, but I decided to write a review on the former because a:the volume on Belle was way too quiet, and b:further reasons that are detailed below. :) 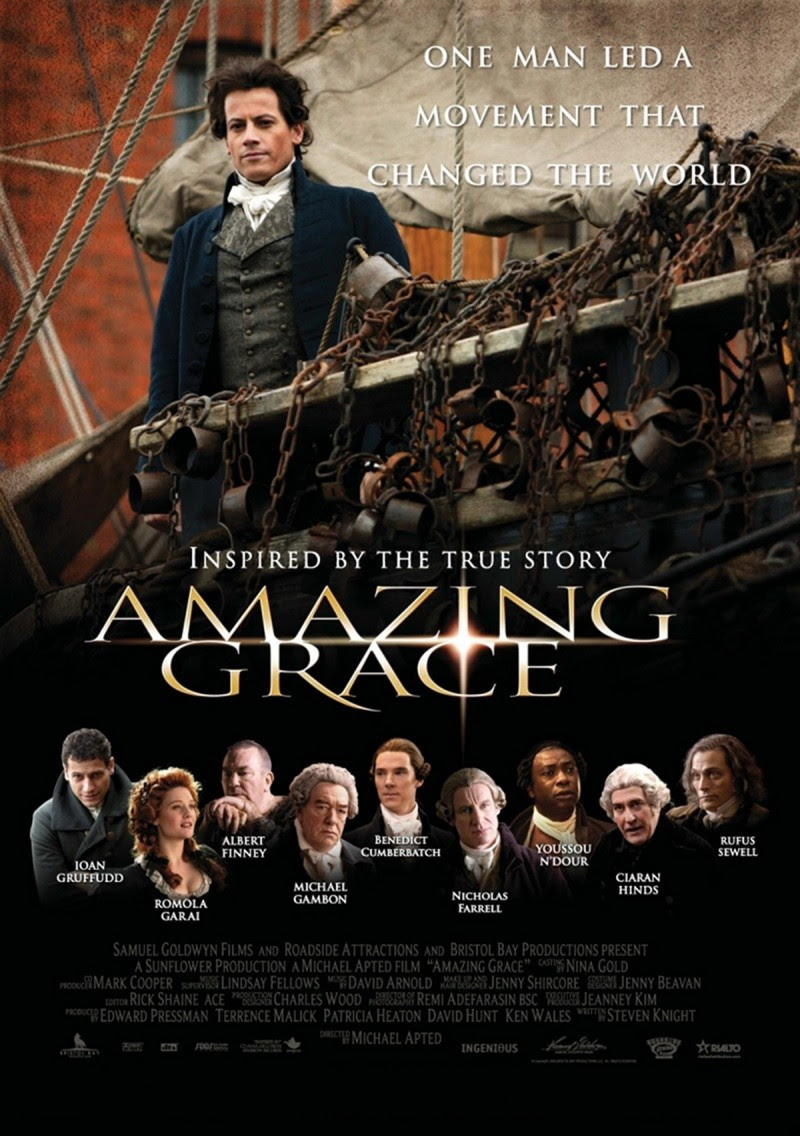 One of the best parts of watching this movie was realizing how many good (and good-looking) actors there were! To my delight I soon discovered that I had the pleasure of watching Horatio Hornblower (his real name is Ioan Gruffudd, but whatever) play the role of William Wilberforce, a fiery member of parliament who works to end the slave trade in 1790's Great Britain. This was an hour and a half well-spent, my friends! 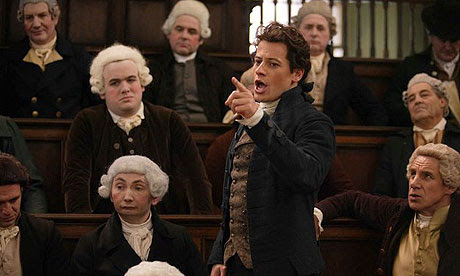 But really, beyond such great actors like Romola Garai, Ioann Gruffudd, and Benedict Cumberbatch, this movie had some great music, costumes, and scenery, not to mention a powerful story and message.
England had a major hand in trading slaves. Their ships carried them from Africa to all across the world, but often the Caribbean islands. The conditions on the ships were terrible, resulting in death and disease on the voyage. To people like William Wilberforce, slavery and the slave trade were intolerable and inhumane acts that needed to stop. This movie focuses mainly on Wilberforce's struggle to convince Parliament to abolish the slave trade, something that takes years of perseverance. At first there are simply too many people who don't agree with abolition, and believe that Britain's economy would collapse if the slave trade were ended. Just as the tides begin to turn for Wilberforce and his friends, the French Revolution begins. And, as typical of the French Revolution, this messes things up for a lot of people. Now, if Britain stops trading slaves, the French will take their opportunity, and Britain will lose their economy to their most hated enemy. Wilberforce is defeated, and he spirals into depression and regret. 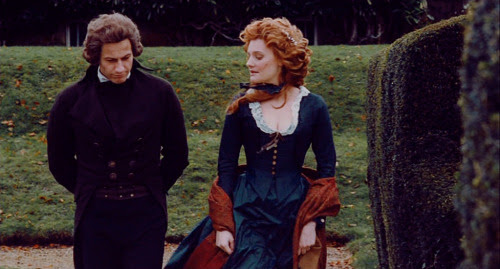 Enter Barbara Spooner. Even after years of failure in parliament, Barbara encourages William to talk about what happened, and once the revolution is over, convinces him to try again. Through faith, friendship, and a whole lot of hard work. Wilberforce succeeds in ending Britain's slave trade, but not quite in a way you'd expect!
This film was quite touching for me. I really love and admire Wilberforce's passion and energy for such a worthy cause. It reminds me a lot of John Adams' same drive for independence, shown in the movie 1776. The story itself is pretty discouraging until the end, so the movie did a good job of balancing the dark, dreary, and frustrating with pretty English countrysides and a slight romantic side.

And of course no review of this movie would be complete without mentioning how the title is involved. Much of William Wilberforce's inspiration comes from a man named John Newton, who now works in the church, but was once the captain of a slave ship. Newton eventually realized what horrible things he had done, and in repentance composed the words of the well-known hymn, Amazing Grace. The end credits of this film have a really neat rendition of Amazing Grace playing in the background, so if you watch this, definitely watch the whole thing! 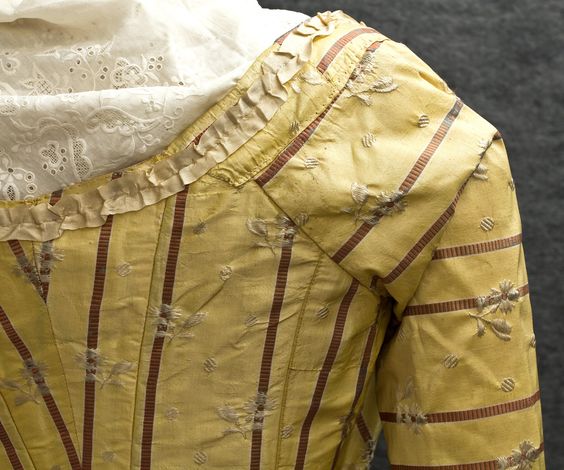 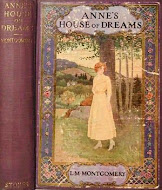